This post is part of a series about machine learning and artificial intelligence. Click on the blog tag “huskyai” to see related posts. There are the two main sections of the series - more content will be added over time:

The mitigations now in place are:

Let’s see what else we can try by being a little “smarter” with our testing efforts.

First, a couple calls to the Husky AI prediction API to see the current score for random images:

For implementation details of the predict function refer to the previous post.

The results show the following score:

The mitigation put in place for the previous attacks work, as the prediction comes in at about 17.5% for some random pixels. However, that score seems still pretty high.

Note: The model in this post was trained and updated with two additional training epochs for identified adversarial images. This might not be enough! Let’s see…

Now it’s time look the attack techniques we will cover in this post:

All three test cases only do 10 queries against the predict API. The goal is to issue few requests, because of the rate limiting.

However, even that still hit the API rate limit as we will soon see.

The first step is to run a brute force with random pixels and store the best result in best_bruteforce_image. Due to being throttled the attack starts with only 10 attempts.

Here are the main lines of code I used:

The results are not looking too good yet for the attacker:

Here is the best image so far:

After calling the predict API again a few times rate limiting of the web server started kicking in.

Eventually it happened very frequently. I added sleep commands to slow down the attack rate - quite annoying.

No chance to run 100000 tests in rapid succession anymore.

However, be aware that a motivated attacker might come from many different IP addresses, so throttling has its limitations (especially on an unauthenticated endpoint). It however does increase cost and complexity for an adversary.

More info on configuration settings in the appendix.

This is the code for the second scenario:

Note the addition of the time.sleep(10) to slow down the probing rate.

In this run I got the following scores:

These numbers look promising already. Just updating pixels and slightly playing with the color intensity of the base_image.

This is how the best scoring image looks:

At this point I was wondering if there even better was of doing this.

Let’s look at that.

The third attack was quickly implemented using the np.random.normal function.

It took some tweaking and it showed vastly different results depending on how the “base_image” looked like. I ended up with code that probes distributions around a mean from 0-255 in increments of 25. This is in order to stay below the rate limiting as much as possible, and not have to wait for too long to see results.

In case you wonder why there is always a division by 255, that is to have the pixels have values between 0-1. Mmachine learning prefers to work with numbers between 0 and 1.

The results of this technique are cool. They break the model again:

Fascinating that with such a small number of calls to the API we can bypass the model again. This means that again more training on bad images is necessary to mitigate attacks.

For fun, this is the highest scoring “husky” image:

That does not look like a husky to me.

Finally, let us look at the results of the three test cases:

And here are resulting numbers for reference:

So what about mitigations now?

The mitigation is to continue training the model with such bad test images and tell the neural network that these are definitely not huskies! The same as we did in the previous post basically. This means doing something like this:

After fitting the model with three images and running for 5 epochs, the results of the attack sequence changed to:

Nice. Looks like its rather difficult to guess a husky image with these brute forcing attempts out of thin air - even when applying some smarter techniques.

The next challenge is to pick a non-husky image and modify it so that it will be seen as a husky image by the model.

I’m not yet sure if this will be easily possible through the rate limited prediction API - as we don’t have access to the model directly yet. So this should be interesting.

There is a famous image with a panda bear + a noise image that I have seen as an example for this sort of attack. I’m excited to learn more about this next. My goals is to spend time experimenting and trying things out myself to learn and understand attacks better, but then also read up official papers around adversarial examples.

I hope you enjoyed reading and learning about this as much as I do. I learned a lot already and am eager to dive learning smarter ways of coming up with malicious/adversarial examples.

Links will be added when posts are completed over the next serveral weeks/months. The more I learn, the more attack ideas come to mind also, so there will likely be more posts eventually.

See more information on the nginx documentation for rate limiting.

Below are some of the settings I experimented with at the API gateway level: 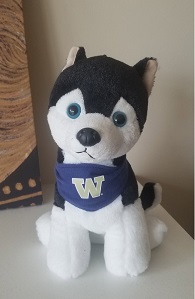