I wanted to explore the “Adversarial Robustness Toolbox” (ART) for a while to understand how it can be used to create adversarial examples for Husky AI.

A few weeks ago I described a range of perturbation attacks to modify an existing image of the plush bunny to get it misclassified as a husky.

The goal of this post is to do the same, but leveraging ART.

ART was originially created by IBM and moved to the Linux AI Foundations in July 2020. It comes with a range of attack modules, as well as mitigation techniques and supports a wide range of machine learning frameworks.

The code of creating an adversarial examples is straight forward. There is good documentation available also.

My initial goal was to just get a basic adversarial example using FGSM. To get started with Keras and ART first import a couple of modules.

Interestingly, I had to disable eager execution in TensorFlow:

Then load the model file:

And create an ART KerasClassifier for the attack:

After that we have everything ready to perform an attack and create the adversarial example. Let’s first load the image and print it’s current prediction:

Here is a quick description of the steps in the above code: 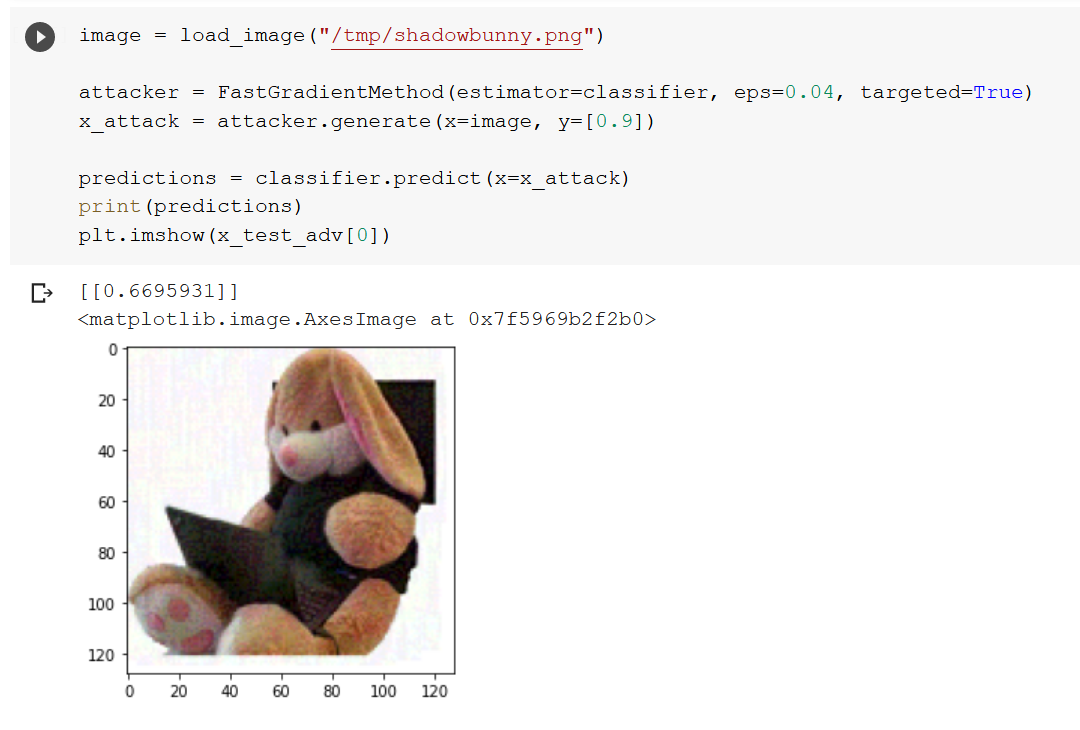 Notice how the prediction score is now at 66%. The attack worked! In this case its also visible that the image slightly changed – observe how the white background is not entirely plain white anymore.

Hope this quick introduction helps you get started with ART. I will be exploring a lot more going forward. Compared to the manual attacks and code I had to write in the previous posts about perturbations, the ART libraries makes these attacks much simpler to perform.