There is a combination of lesser known tools and techniques to capture and later decrypt SSL/TLS network traffic on Windows. This technique is neat because it does not require the installation of additional driver/software when capturing the traffic.

It is quite straight forward and consists of:

If you can or want to capture traffic with Wireshark also, there is no need to use netsh of course.

I put together a tutorial and you can watch it here. 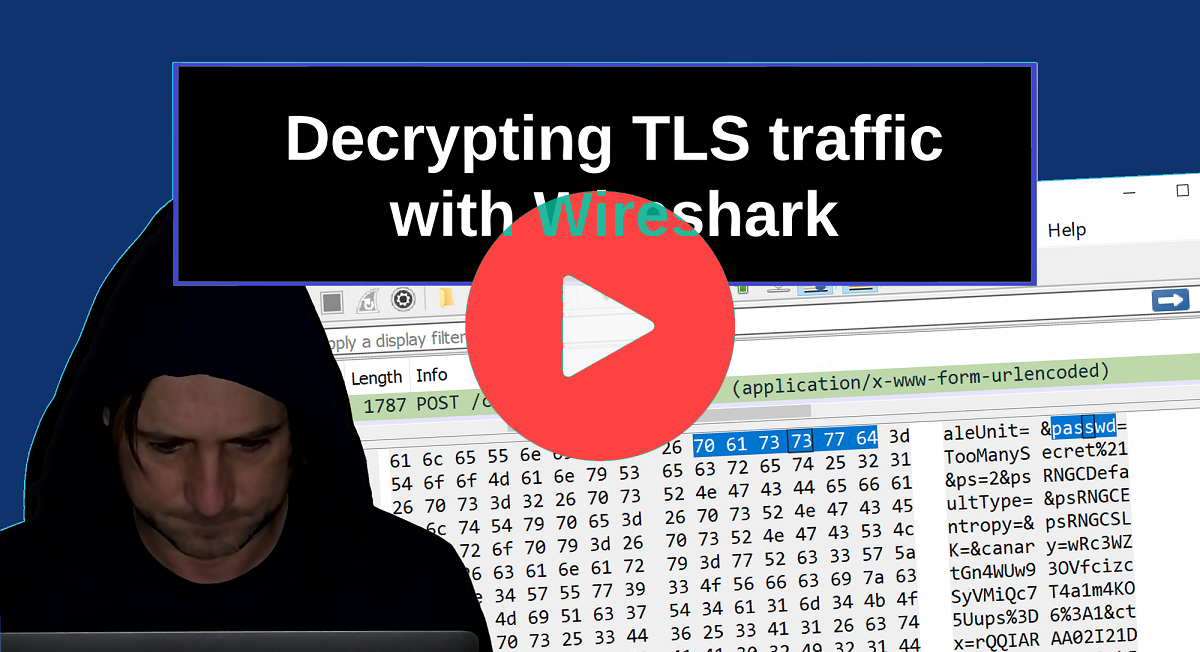